Does your horse or pony have PPID/Cushings?

If you have a horse or pony with PPID, or if you suspect they might have, then this information from ‘The Laminitis Site’ taken from a recent post on their Facebook page is definitely worth a read. Also interesting to read the information from them in the resulting comments about the arguments for and against testing for and treating PPID.

“ACTH increases in all horses, and more in horses with PPID, during the “seasonal rise”, which starts around 21 June and ends around 21 December, mostly affects August to October, and peaks at the end of September/start of October, in the northern hemisphere. However, geographical location affects this.

Horses with PPID should have ACTH checked around early August, to check for control going into the seasonal rise.

Many horses with PPID will benefit from an increased dose of pergolide (available in the UK as Prascend, or molasses-flavoured pergolide paste from BOVA which can be given in 0.2 mg increments and may be ideal for gradually increasing and decreasing the dose) during the seasonal rise, reducing after the seasonal rise.

The best time to test horses that are suspected of having early PPID is the end of September/start of October, when PPID hormones are at their highest and the difference greatest between horses with PPID and normal horses.

Diagnosis of PPID should be based on clinical signs and history as well as blood test results.

For help and support for horses with laminitis, EMS or PPID, join Friends of The Laminitis Site: http://www.thelaminitissite.org/join-friends-of-tls.html “ 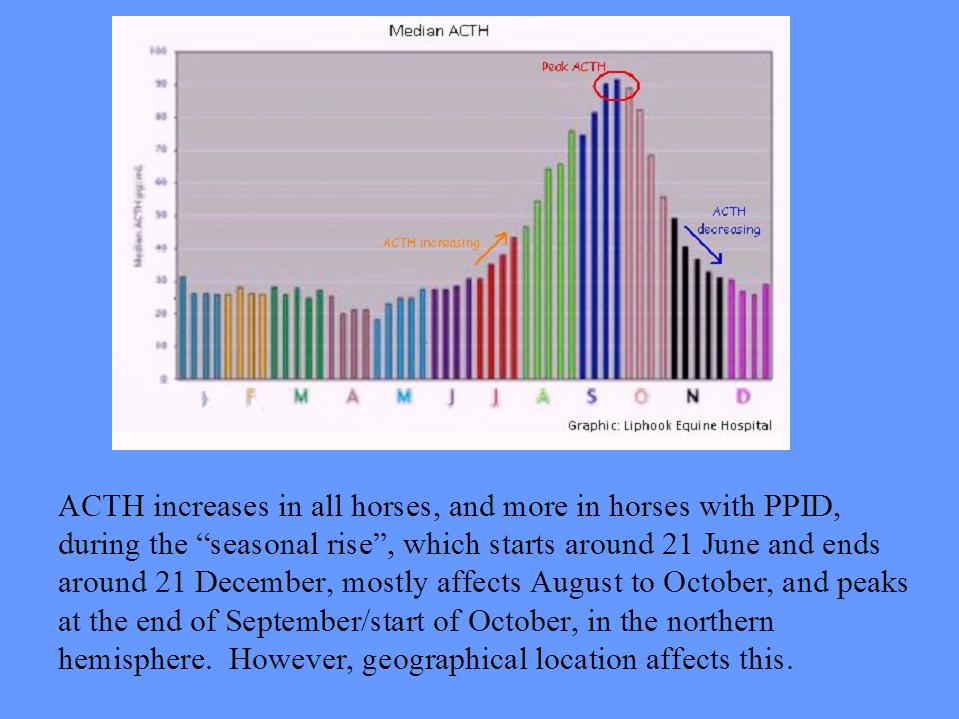 Eazigrazer news (and other musings)

Wishing you a Happy Christmas!

It might not be the Christmas you envisaged, but remember, at least we don’t have to socially distance from our four legged friends! In these times I think we are particularly lucky to have them in our lives. Wishing you, your loved ones, and your horses a happy and healthy Christmas. As well as a much improved 2021…!

A testimonial from Jacob himself (with video)!

Another fabulous testimonial… in fact two… one directly from the horse’s mouth! “Hi, I’m Jacob. I am 9 years old and have been eating my hay out of hay nets with teeny tiny holes in for years. I was getting really fed up with having to pull and wrench the hay out and sometimes my neck would hurt….”

Is winter on its way already….?

It seems to have happened almost overnight, but autumn is well and truly here! Cold nights and fluffy ponies. Brrrr. Time to start thinking about your winter routine? Could Eazigrazer could make life a little easier for you this year? Read more about possible benefits, whether your horse will be stabled or living out 24/7.